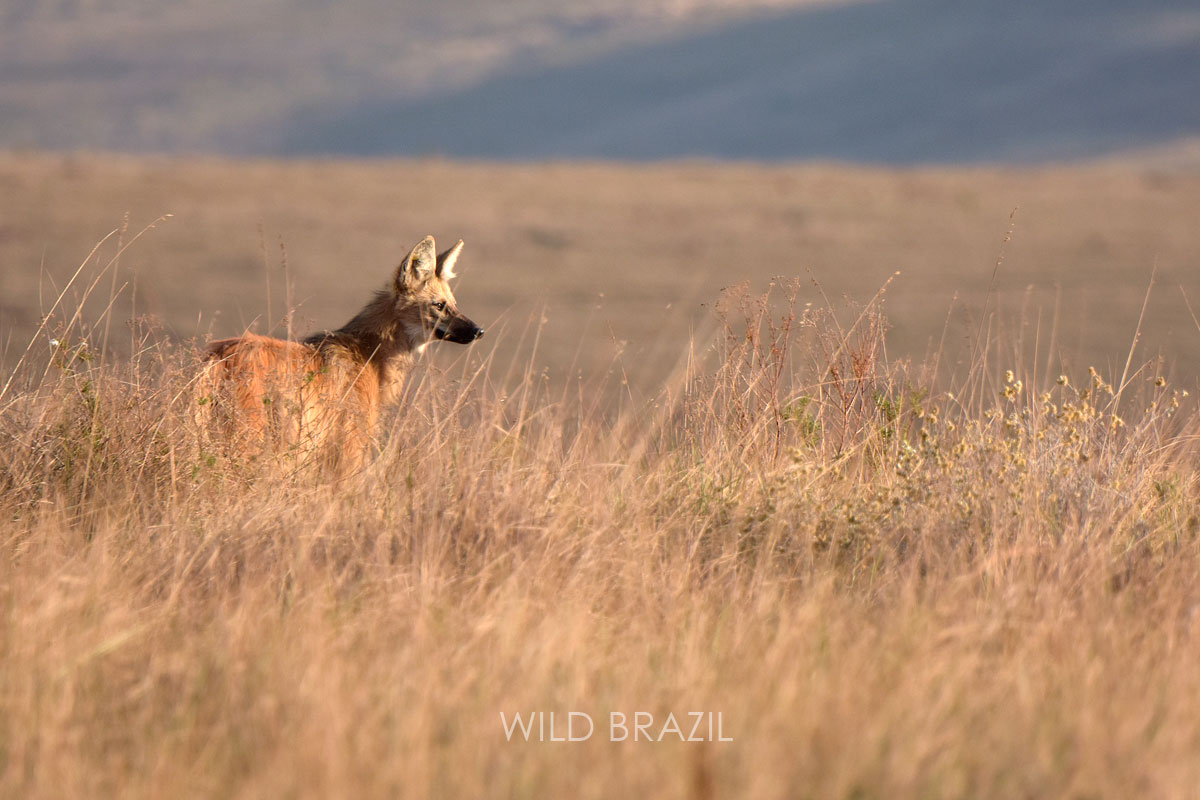 The Maned Wolf (Chrysocyon brachyurus) is the largest of all South America canids. It is monotypic, meaning it is the only species representative of the genus Chrysocyon.

The Maned Wolf’s original name is “Lobo Guará”, which means Red Wolf in Tupi-Guarani. This mammal was given a different name in English though. The name Maned Wolf has probably a nicer ring, and also refers to its mane.

The Maned Wolf inhabits the Cerrado, a type of habitat only existing in South America, and where can be found a mixture of grasslands and scrublands. Estimates suggest that potentially 17,000 mature individuals remain in the wild. The largest known population is in Brazil, which holds over 90 percent of the current population.

Over the last decade, the Maned Wolf has experienced habitat destruction, road kills, human persecution, and dog-related infectious diseases. The species is now considered to be Near Threatened by the IUCN, and is also considered to be Vulnerable by the Brazilian government (IBAMA).

Maned wolves are solitary, shy creatures, their territories can be as large as 30,000 acres (123 square kilometers). Maned wolves use scent marking to advertise their territory, and they also emit roar barks to warn intruders.

During the wet season, maned wolves exhibit nocturnal behavior, but are capable to shift towards increased diurnal behavior during heavy rainfalls. The situation gets flipped on its head during the dry season, as major temperatures drop occurs at night, and maned wolves are most active around the hottest hours of the day.

Maned wolves have lanky, skinny legs which allow them to negotiate steep terrain. Their long legs also enable them to jump when hunting prey in the Brazilian Savanna.

Breeding season typically occurs between March and July, with a two-month (65 days) gestation period resulting in a litter size up to 6 pups. Maned Wolf pups weigh about 450 g at birth, and have black fur. Pups are fully grown when one year old.

Maned wolves are omnivorous. Much of their diet includes fruits from the Brazilian Savanna, such as the fruit of the wolf-apple, known as “lobeira” in Brazil. Maned wolves also prey on small to medium-sized animals, including armadillos, birds, rodents, and frogs. They are excellent dispersers of the Cerrado fruits. 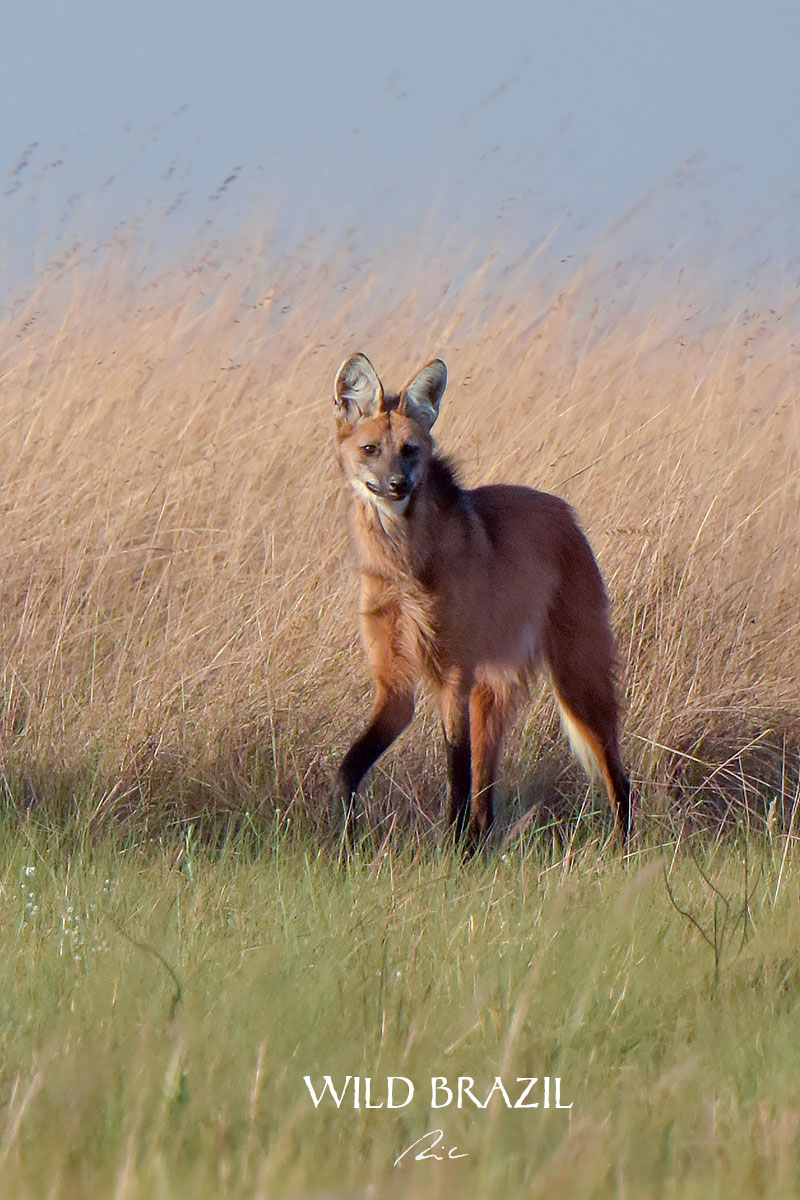 Maned wolves have a lateral pacing gait, which means they swing both legs on the same side at almost the same time during their walk. Giraffes and camels have a similar walking style.

The Serra da Canastra National Park is one of the most significant Parks in Brazil. The Park has an exceptional location, where the Brazilian Savanna meets the Atlantic Rainforest. It supports a charismatic fauna, including Maned Wolf, Giant Anteater, and Giant Armadillo. Spending a couple of days at the Serra da Canastra will allow you to see unexpected wildlife treasures and scenic beauties. 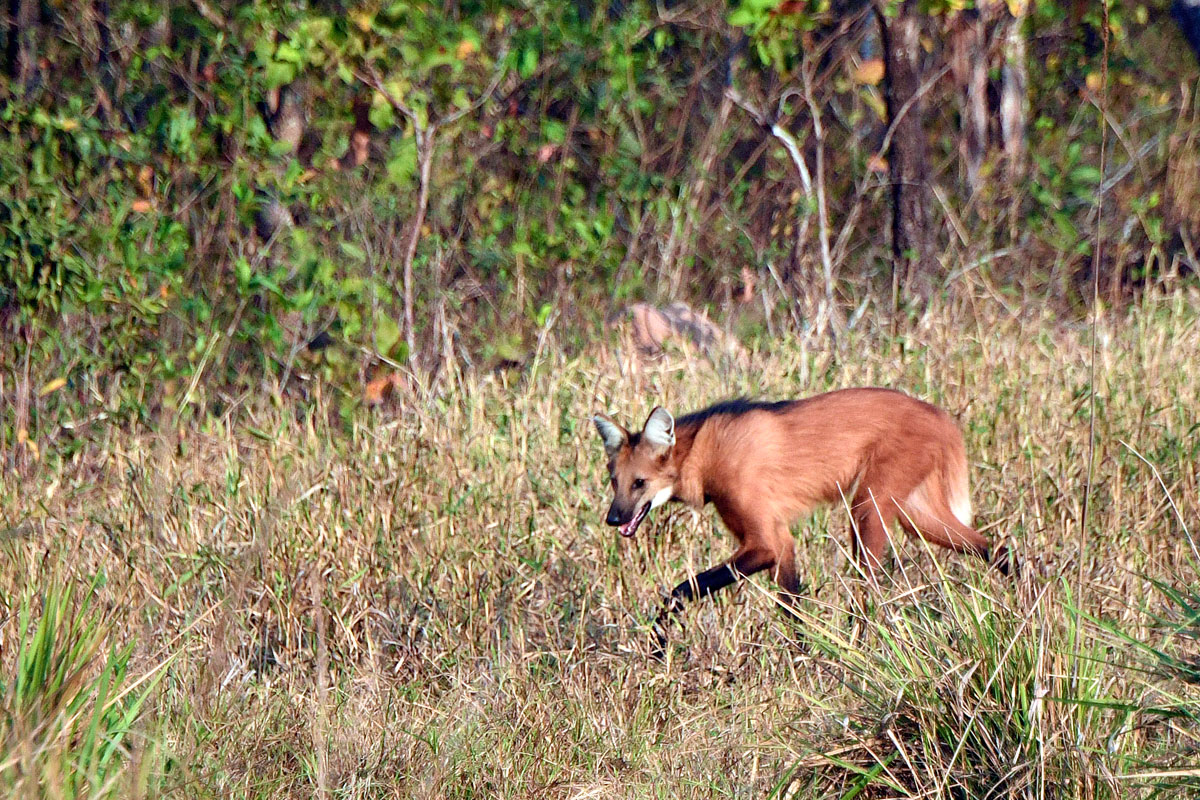 Catch a glimpse of the elusive Maned Wolf at the Emas National Park, where this species can be found and photographed. In addition to the Maned Wolf, you can see countless mammal species from the Brazilian Savanna. The park has a plethora of wildlife.

Discover the thrill of exploring the Brazilian Savanna in the finest area for Maned Wolf watching and photography. Our Wolf Camp is located in the Piauí State, an underrepresented yet incredible destination for wildlife and outdoor enthusiasts. If you want to look for maned wolves in the wild, you will have the best shot you could possibly have by going there! 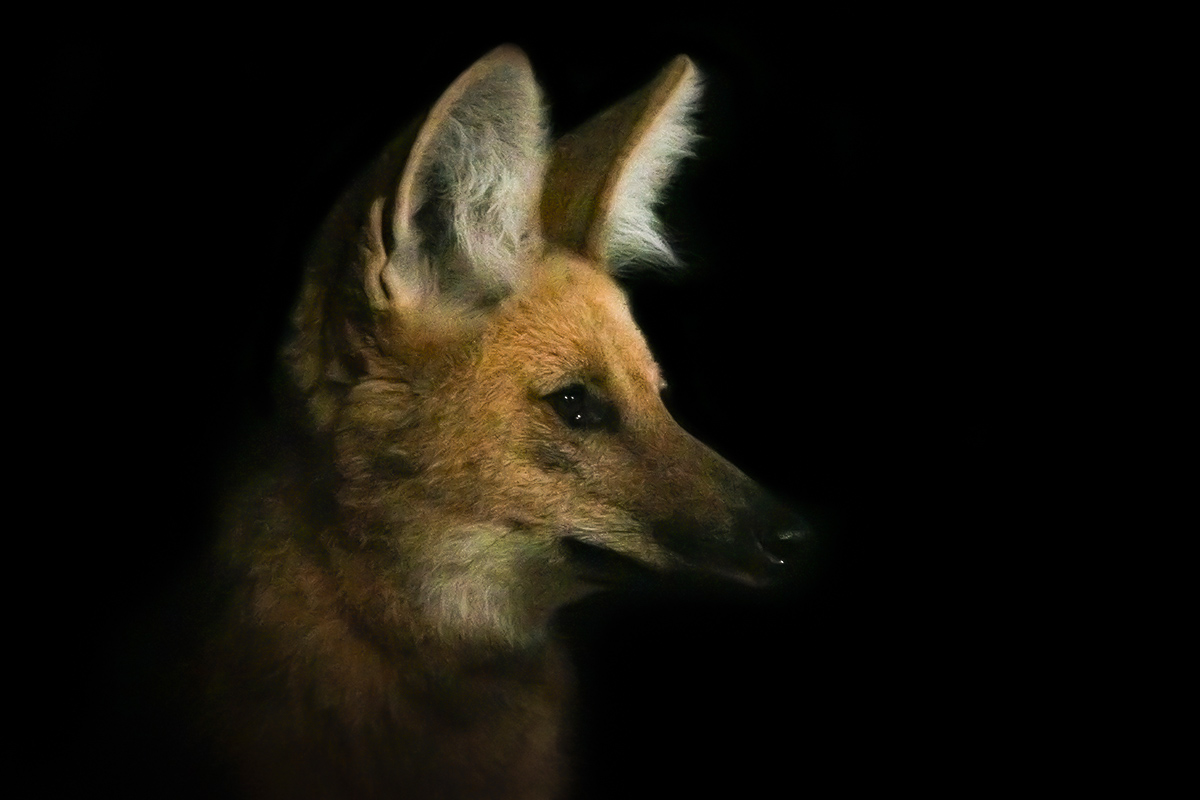 At the Caraça Sanctuary, maned wolves have been fed on a regular basis for the past decades, becoming hosts of this place of worship. When the sun sets, you can sit in front of the church and wait for them coming. This is not a safari tour but you will be able to see wild maned wolves up close. Expect a once-in-a-lifetime experience!

Let us know if you are interested in photography or observation of the Maned wolf in its natural habitat, we have other locations where it's possible to spot this magnificent animal.